The Manas National Park is one of the loveliest wildlife reserves in India, located in Assam, with an expansive land and forest area in between two beautiful rivers – Sankosh and Dhansiri. The Government of India had declared it a National Park in the year 1990. It had always been one of the chief tourist attraction spots in Assam due to its colorful biodiversity and peacefully enchanting environment. The origin of the name ‘Manas’ is attributed to the term by which mythological goddess of serpents is called - ‘Manasa’.

The core area of Manas is apparently in close proximity to Bhutanese Himalayas. The forests were the hunting reserves for the Cooch Behar royal family. The forest reserve of Manas was among the first few reserves that were considered under the 1973 Project Tiger Program of the Indian Government. After 16 years, in the year 1989, the reserve gained the status of a full-fledged Biosphere. One of the major tributaries of Brahmaputra, the Manas River, flows meandering through the park.

But before Manas became a biosphere, and even a National Park, its rich biodiversity had already caught the attention of UNESCO. In 1985, the area gained the status of World Heritage Site, officially declared by the UNESCO. Today, thousands of tourists visit the Park enthusiastically, each year, from various corners of India, and also from foreign countries.

The flora species at Manas National Park are diverse, rich and unique. The Park lies in the semi-evergreen forests of Brahmaputra Valley, forming an eco-region, which would be clear to you when you avail Manas holiday packages. Broadleaf forests of the Himalayan subtropical category are the marked feature of forests in Manas.

The vegetation types in the Park can be divided into four varieties. The first type is the semi-evergreen forests falling under the light alluvial category of Sub-Himalayan vegetation. The third category is the mixed deciduous forests – moist and dry. This is the commonest vegetation type in the park. The third category is the Savanna Woodland falling under low alluvial type. Conclusively, the fourth type of vegetation is the alluvial grassland under the semi-evergreen category, covering a considerable portion of the park.

The plant species found on the grasslands of the park are Imperata cylindrica, Phragmites karka, Dillenia pentagyna, Bombax ceiba, Arundo Donax, Leea, Premna, Mussaenda, etc. You would enjoy thoroughly witnessing a wide range of big trees, bushes, shrubberies and herbs in the park.

Like any other National Park, the Manas National Park also boasts off a huge variety of interesting and fascinating faunal species, including birds. As a simple tourist or even as a wildlife photographer, you would be absolutely enthralled by the richness in faun species that Manas has, enjoying your Manas sightseeing packages.

There are plenty of Indian elephants roaming in the Park. Also, you could easily spot Indian rhinos. There are water buffaloes of Asian category and gaurs in the grasslands of the Park. Those among you who love Big Cats could revel witnessing the Royal Bengal Tigers and leopards in the Park, especially in the dry seasons, availing Manas wildlife packages. If you are fortunate, you could also spot clouded leopards. Black panthers are also other inhabitants of the park from the cat family.

There are varieties of langurs residing in Manas National Park such as capped langurs and golden langurs. The park is an abode for Assamese macaques and slow loris. Moreover, there are sloth bears in the region. You would be fascinated to witness large numbers of hog deer, sambars, and chitals in the park, in Manas safari tours.

The striking attribute of the park is it is home to specific animal species that are unique to its biome, and not found in any other region across the globe. These species are golden langur, pygmy hog, and Assamese roofed turtle, along with hispid hare.

Some of the exotic bird varieties found in the park are great hornbills, bulbuls, kalij pheasants, pelicans, falcons, egrets, scarlet minivets, magpie robins, grey hornbills, harriers, herons, mergansers, and ospreys, which you could spot with a high probability availing Manas adventure packages. The park provides you a heavenly opportunity for bird watching.

Climate of any National Park is a crucial factor indeed when you planning the itinerary for your holiday trip. If you have clear ideas regarding the climactic conditions of the Park, you would be able to nicely plan the various phase of the complete trip, comfortably exploring the area.

The prevalent nature of climate in Manas National Park is tropical. During the summer months, the temperature generally hovers in the mid-thirties. The highest temperature is usually 37 degree Celsius. On the other hand, in the winter months, the temperature is generally in teens, and the lowest temperature happens to be 11 degree Celsius. The summer months are from March-end to middle weeks of May. Monsoon starts early – from the end weeks of May. The rainy season extends till September. Floods at small scale in common during the monsoon season, as the region receives heavy rainfall. Winter months are usually from late-November to February.

When you are chalking out plans about the best time to visit and explore Manas National Park, one of the obvious parameters to focus on is comfortable weather condition. The weather conditions of the Park are the best in winter season, and you should choose months between November and February to avail Manas tour packages. The level of humidity is pretty low during these months, and you would enjoy the cool atmosphere of the park.

It is a wise idea to not plan traveling schedules during the rainy season, as heavy showers disrupt the routes and conditions within various areas of the park. You will face lots of troubles exploring the park. You could also plan the trip in relatively short summer season in months of March till mid-May, availing Manas affordable packages.

How to Reach Manas National Park

Reaching Manas National Park is easy, especially when you have the right plan in place for your tour. You can either reach by flight and then take a vehicle on road, or directly reach by road, or rely on the Indian Railways to reach the destination, through Manas family packages.

By rail: The nearest rail station to Manas is Barpeta Road. The distance is roughly 20 km. Trains from major cities across India have a scheduled stop at this station while going to Guwahati. Also, the next closest and renowned station to the Park is Bongaigaon. It takes about 1.5 hours from the station to reach Manas.

By road: Manas is connected to Guwahati by NH 31. The capital is only 137 km away. The big town of Kokrajhar is about 112 km away from Manas. The town is Barpeta is 43 km and Nalbari is about 66 km from the park. Other north-eastern states and West Bengal have road in-ways in Assam, reaching the park.

By air: The nearest airport is the Guwahati International Airport. After reaching there, you can take a private or public vehicle to Manas. It would take you approximately 3 hours to reach the park. Flights from India metro cities are well-connected to Guwahati Airport. Bagdogra Airport in West Bengal is about 335 km from the park.

Bansbari Tea Plantation – The lovely tea plantation estate is located just near the entrance of the park, and makes a wonderful retreat in any of the Manas weekend tour packages. The panoramic greenery overlooking the lodge and the calming environment enrich your experience at the spot.

Mathanguri – Mathanguri is region within the park, and the concerned guide would say you about its exact location if you want to visit and explore it on a weekend getaway tour. The place is a forested land, with lots of tourist lodges. You can book one of them, and grab the opportunity to imbibe the spirits of your tour from proximity to the wild habitats.

Bornadi Sanctuary – How about visiting another sanctuary in zest of exploring a bigger reserve? Bornadi Sanctuary is about 142 km from Manas. The roads from Manas to Bornadi are in excellent conditions, and you would not have any issues in reaching the destination quickly on a weekend trip. The location of the sanctuary is in Himalayan foothills, too. You could watch lots of migratory birds in this sanctuary.

Bogamati – It is a lovely place in the Assamese district of Baksa, with pristine surroundings and River Bornadi flowing nearby from the Bhutanese foothills. If you visit the Bornadi Sanctuary, then you should never miss exploring Bogamati as it is almost at the same spot. 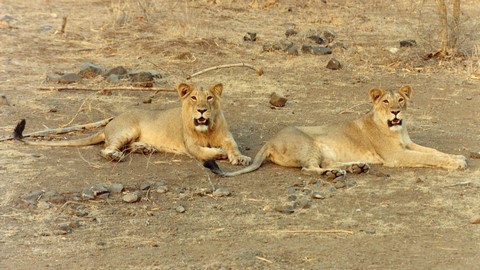